Occasional ink blobs became constant. LC and LM refillable carts seemed to be emptying faster than the others, (I’m using Paul Roark’s EbVt setup) so all carts were refilled per IJM instructions. After 2 power cleanings and several nozzle checks, I could never get a good pattern for these two carts. I cleaned the docking station, wiper blade and print head per IJM video instructions. (When print head was pushed to the left for cleaning, puddles of ink were left behind.) Upon plugging the printer back in it cycled for a couple of minutes and pump was running. When a nozzle check still showed a poor pattern for these two carts I pulled them to inspect and they were both empty.

Your damper is leaking into the waste ink tank. It’s a problem with this printer (generally on the PK channel but none the less).

You need to replace the ink supply unit.

[QUOTE=walkerblackwell;13555]Your damper is leaking into the waste ink tank. It’s a problem with this printer (generally on the PK channel but none the less).

You need to replace the ink supply unit.

Can you suggest a source?

Thanks! Is this realistically user replaceable? I have the manual and have replaced dampers but do not have the software this repair seems to require.

This is user replaceable. This repair shouldn’t actually need any software. You are not re-registering the head-rank-ID or anything like that.

Replacement seemed to go well, but ink won’t charge even with multiple power clean cycles. Can I assume that the software from 2manuals is needed for the initial ink charge? If so is that software once downloaded and installed permanently usable or does it have to be repurchased each time?

Most likely your dampers are on too tight. Remove and put down with less tightness.

Do some maintenance cleanings after and this should pull the ink through.

Did that, no change. No ink at all on test page or in maintenance tank. Pulled and replaced carts. 4 power cleanings. Printer “thinks” it’s printing, warns of full maint. tank and counts pages printed.

If you look at your ink lines, is there any ink in them at all?

Again, the only thing changed was the ink supply unit (aka dampers, inklines, and inlet spikes.). The single point of most-common failure is positioning of the dampers over the print-head inlets and how tight/loose they are.

Looking at the ink lines, ink has reached a point about 2 inches past where the lines connect to the cartridge holder. So it must be advancing with the power cleanings. I’ll run some more to see if it advances. Yes, only the ink supply mechanism was replaced; I replaced the whole assembly, just as it came from Compass Micro.
Thanks for all your help . . .

I installed the adjustment program and reset the counter per the service manual I then ran the Initial Ink Charge but ink in the lines remains about half way along the lines. Air bubbles can be seen in some. I removed and reinstalled the ink selector/damper assembly and tightened about 1/4 turn after screws seated, which seems to me a moderate amount. Running the Initial Charge again didn’t advance the ink and it remains about half way along the lines. Everything sounds like it’s working correctly and the printer “thinks” ink is flowing to the waste tank because it warns that it’s full. I’m at a loss as to what to try next.

You may need to put a new waste ink tank in (or reset your water ink tank). Sometimes if the tank is full, it will not actually do an initial fill.

I have been resetting each time it’s “full.”

Using a syringe I drew ink from each line into the dampers and reinstalled them. No air bubbles are now visible in the lines. 2 power cleanings still do not produce any printing. Running the cleaning cycles 1-4 from the adjustment program haven’t changed anything. Everything sounds normal and the printer operates just like it’s printing. Changing from PK to MK and back again doesn’t help. No ink is making it to the waste tank, even though it “thinks” it’s filling, after which I reset it each time. I haven’t done another initial fill because the lines are now full of ink.
At a loss what to try next.

One thing that could be the problem (besides the old ink supply unit that was emptying carts) is the pump inside of the cleaning assembly. 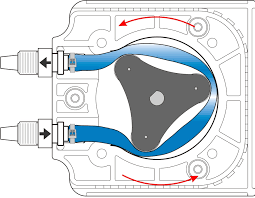 If that tubing is worn or the pump is worn, and you are trying to suck air (air from even just the print-head or the flush box->pump area) the pump may not be creating enough of a vacuum to prime the head and get out any air-blocking that may be occurring between the ink-lines and vacuum (there’s a lot of points where air can be blocking between the ink lines and vacuum pump.)

I had this happen to me once in a 4880. My solution was to put distilled water (distilled + simple green, or even better PiezoFlush) into the flush box area and turn the printer on and run a cleaning asap after. This seemed to re-prime the pump/cap motor and I was able to get the air block out.

Generally, this is not an issue on the 3880 though because the cartridges are pressurized. The pump usually does not have to do much work. But if there is air leaking in somewhere, the pump is just sucking air and probably not air from the the head/dampers either.

A test of the pump is to put new colored PiezoFlush or simple green into the flush box and run a cleaning. See if anything reaches the waste ink tank (put white paper towel into the wast ink tank to check). If nothing comes out, than you know that there is something drastically wrong with the pump/cap/cleaning assembly unit. That is not to say that you did something wrong by replacing the ink supply unit. The emptying of the cartridges was a tell-tail sign that the ISU needed replacement. But generally when one thing goes, another is on it’s way. If ink does come out, then you know there is most likely a block above the vacuum area. Either the cleaning assembly is not making contact with the print-head letting air in from the side, there is a total block directly inside of the printhead, or there is still a block between the ink lines and dampers or dampers and head. Or, there is not pressure getting to the carts and your just trying to suck liquid out of closed straws.

For context:
There are essentially three components to almost any epson inkjet printer: the ink supply unit (or assembly which includes ink bays, lines, and dampers), the print-head, and the the pump/cap/cleaning assembly. These three moving parts are the parts that die first (or go out of wack first as the case may be.)

Here’s a better diagram of the actual Epson patent for their “fluid transporter” peristaltic pump in their cleaning assemblies.

Such bad engineering. I count over 17 points of failure.

Thank you Walker for all your help, especially on a Sunday! Soaking the pump box area with cleaner and running a power clean did result in the cleaner being pulled into the waste tank, the first I’ve seen that. I did that again with Power cleaning cycles, but still no ink through the heads. I do notice a rough spot on the rim around the left pad of the capping station but believe it must have been there before when I was getting good nozzle checks. Throughout this process I have periodically run some “auto” nozzle checks and it always produces the error message: CLEANING ERROR PRESS THE CANCEL/RESET BUTTON, which I see in the service manual means that nozzles are clogged. I saturated the flush box area with cleaner and will leave the printer off overnight to see if anything changes. Also, I did a couple more paper towel under the print head cleanings per the video and ink is still being deposited on the paper towel.
Thanks again for all your time.

Auto nozzle checks will not work if nothing is printing.

From what you describe, there is still a block above the head in the dampers, lines, or cartridge inlet or there is no pressure reaching the cartridges.

Would it be harmful to try another initial charge even with ink in the lines?