I hope everyone is doing well and that banding is the worst problem at this point.

When printing digital negs with my Epson 9880 and Cone Color Inks on Pictorico I have come across something I had never seen before: vertical thin light lines that are all of them equally separated at 1.4 cm

I am attaching a photo here of the pattern. 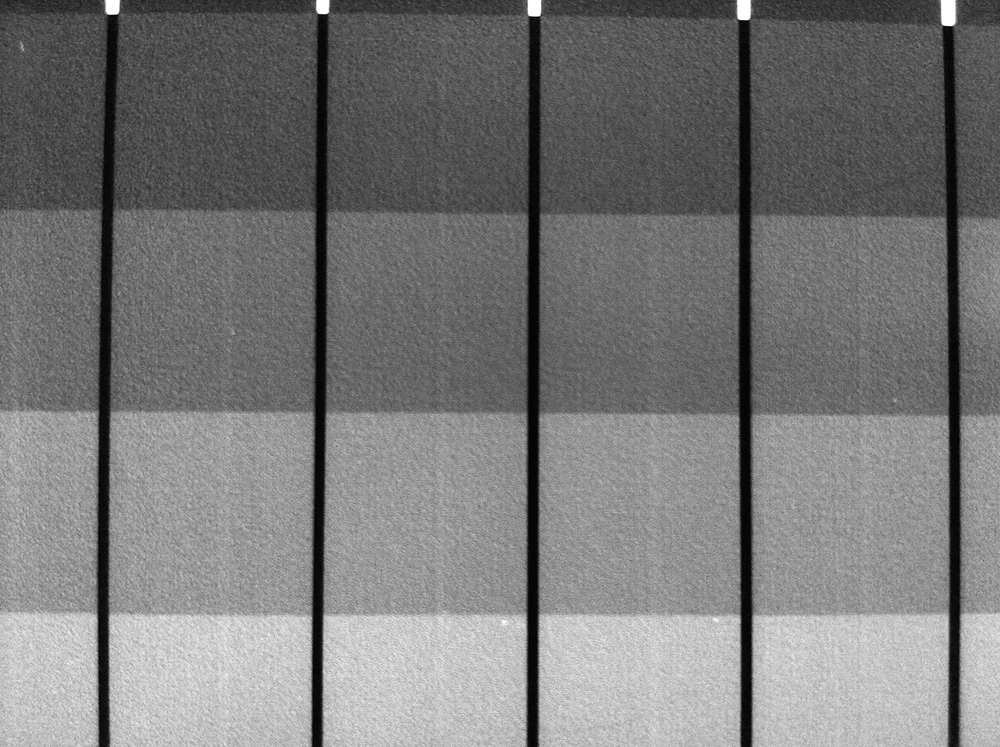 The nozzles are all printing good. The inks are Cone Color inks on Inkjetmall carts (If this gives some indication about anything, I have had to reset the chips quite a bit lately, since the printer gave me the message Ink Low even if the chips were not showing any ink level…)

The head has been aligned by using baryta glossy photo paper, Unidirectional - Automatic. The inks are Cone Color inks, that is why I went with the automatic (no piezoflush, no GO gloss, etc).

The printer has been used recently to print quite a number of large format color prints, and all have been great.

What could cause this vertical lines when printing the negs? Any idea Walker?

Thanks so much in advance for chiming in!

I have checked a few things, and there seems to be weirder than we thought!: 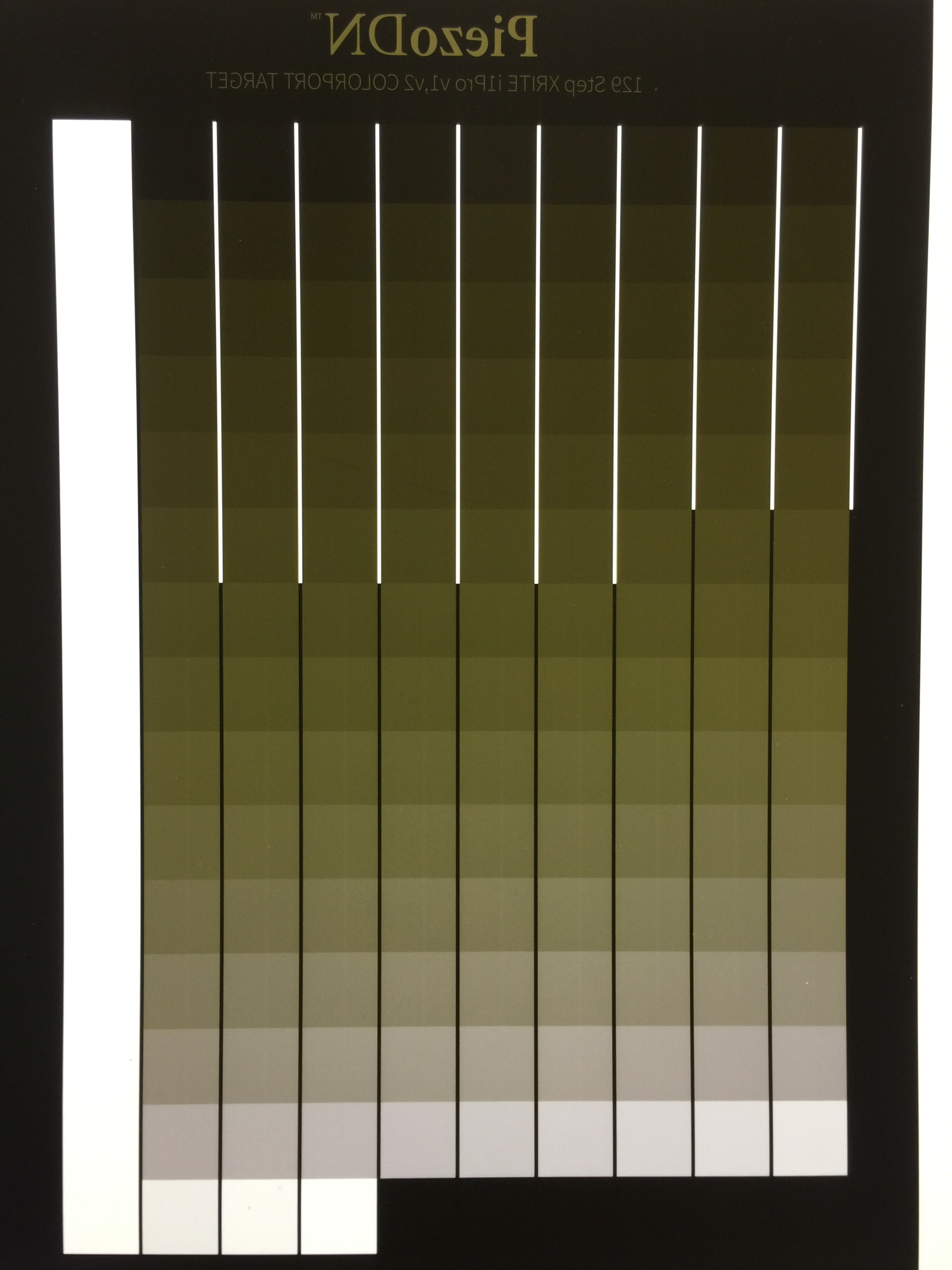 What is really strange here is that the problem does not seem hardware related.
I have been printing with Print Tool, from a Mac.

Very strange indeed, and quite a problem that puzzles me hugely. I would like to know the cause of what is going on here.

I just do not know whether this “artifact” will be visible on actual images, I assume than where geometrical black lines appear, it might be the case…

Thanks in advance and regards.
Rafael

PD: It seems I am experiencing all things that can go wrong with these printers…geez.

Rotate the target in photoshop by 5% and/or add a tiny bit of noise to see if it goes away entirely. That would indicate a dither-issue between the curve/qtr.

I did what you suggested. When I printed the target (rotated previously in Photoshop around 5°) the lines disappeared and the patches were homogenous. I am indeed using quite a lot of ink on these curves (plateburners seem to demand quite a lot of ink, way more than the curves used by BL tubes users it seems), and the lines appear more prominently when higher ink loads are used (I have tested that).

It seems I am discovering really strange things about these machines. Trust me I am not doing it on purpose!

Based on this test, would you confirm it is QTR - related? (dithering)

yes. It is a bad interaction of the head (back and forth) and microweave/dither grid.

Do you think that would play havoc in real life (real negatives)?

Would you recommend printing the target “rotated” to calibrate? I just do not know whether those faint lines are enough to cause deviations in the linearization (measurements with I1profiler).