Printer shake or not shake?

I am returning to PiezoBW work after a ten year break. My life got re-routed and I had to put off printing, ended up kicking two large-format printers to the curb for recycling. But I still have my Cone parallel port Piezo dongle!

I now have a 2000 for color (OEM) and a 3880 for BW. They are doing printer Tetris in my tiny studio. I am moving next month to a bigger studio and am planning my printer set ups. Using racks allows for the printers to shake side-to-side as the printhead moves. Is that best, or should I build solid shelves? It may not matter much, but before you buy new surfaces is the best time to think about it.

That’s an interesting combo, assuming that you mean an R2000, because I have the opposite - an R1900 (previous model of the R2000) for Piezo and a 3880 for colour. I have this combo precisely because of the issue of pigment sedimentation.

It’s relatively easy to deal with in the R1900. I’ve been tracking it recently, and I start to see a little drift in linearity after four weeks, even with reasonably regular printing. By about six weeks I need to do something. With this style of printer I can either drain the carts back into the bottles, shake the bottles and refill the carts, or simply remove and agitate the carts. This latter approach seems to work, and I confirmed it by measuring linearity before and after. The theory is that in this style of printer, regular printing is supposed to be enough to agitate the carts and keep the pigment in suspension, but that’s not my current experience.

A 3880 running Piezo is trickier, because while you can (and should regularly) remove and agitate the carts without triggering a head clean, there’s still the 10-15ml in ink in each ink line to worry about. The only way to prevent sedimentation is to print regularly, and if you don’t then sooner or later you have to run power cleans to purge the lines, wasting a lot of ink. I recall Walker suggesting that sedimentation is less of a problem with the newer inksets, but I know of one forum member who had issues with K7 in a 3880.

Does shaking the entire printer help? Some older posts here suggested that it did, but this was later clarified to refer to the very large former printers with large ink carts, and not the 3880. I’m therefore not convinced that less rigid racks would help that much. See here:

Sometimes we can’t cure or fix everything. Jeff is having issues that are really unusual and they are outside of our experience (in terms of ink smearing through GO or staying wet when they should be dry). So, we don’t have an answer for this. Or an inkling of an idea. We have nothing to draw on from our experience within our own studio or with our customers. I’m not saying that Jeff is a picture framer or anything like that - but I wanted to mention that we had a customer with very unusual pro…

I suspect that IJM staff will disagree with what I am about to say, which is that I use a 3880 with OEM inks for colour because in my experience and that of many others, sedimentation is a non-issue, unless perhaps you leave a printer for years. I’ve been measuring the performance of mine over several years through periods of varying use and there’s been no drift.

Yes, an R2000 for color. My primary printing focus is BW. For a print edition that is larger paper size than the 2000 can do I have an outside company (Skink Ink) print for me (assuming sales). I think 13"x19" is the sweet spot for paper size so am happy with the 2000 and its reds.

Since I print on PhotoRag 308 almost exclusively I am finding paper loading on these smaller-format printers a challenge vs. the vacuum flat-through ones I started on.

I wasn’t even thinking of cart shaking when asking about the side-to-side shake being good or bad, just whether it could throw off the micro sensing of head position. Anyway, I have a few more weeks to plan my new studio so need to decide on printer surfaces.

Since I print on PhotoRag 308 almost exclusively I am finding paper loading on these smaller-format printers a challenge vs. the vacuum flat-through ones I started on.

In what way do you find it a challenge? For papers like HPR you’d normally use the rear feed on both these printers, and while they can be a little fussy about paper straightness, generally this works well enough for me for fine art / thicker papers. With papers that have a bit of curl there can be an issue with head strikes at the edge of the paper, and I imagine that a vacuum feed would help prevent that.

Hopefully someone from IJM will chime in on whether racks that allow the printer to shake from side to side might be a problem.

Basically what @Brian_S does is same as what we do. Curve the paper down away from the emulsion. Keep your top/bottom borders at .56 inches or more. Rear-feed. Keep platen gap up if you paper allows for it (like the 3880). Keep your intake roller bar/arm clean.

We print thick papers even through the R1430 without issue . .

Ernest’s initial question was actually about racks to house printers. Should they be rigid or can they allow some movement?

They can allow for some movement. I don’t recommend over-rickety shelving however! In general our large printers have slight back and forth movement on their racks with more shaking available by manually shaking the wrack with our own arms.

Picking up on this thread. I’d like to get a wire frame rack to hold a couple 48004880 models. Also have a 7800 on the stand I wouldn’t mind putting on a rack to give more space below. On the images of Dana with the 2 chrome racks, are these custom sizes or did you just buy them from Costco et al? 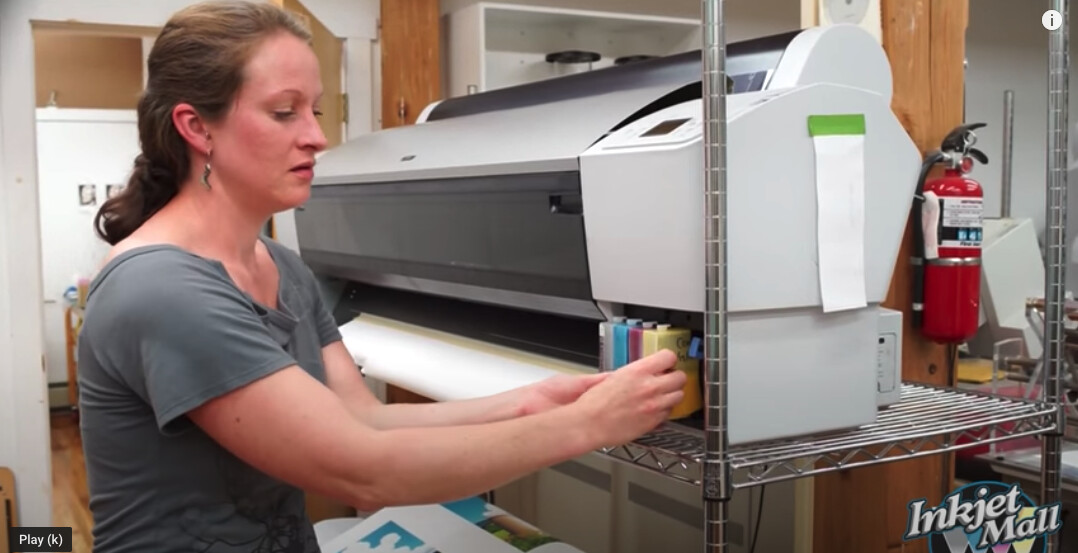 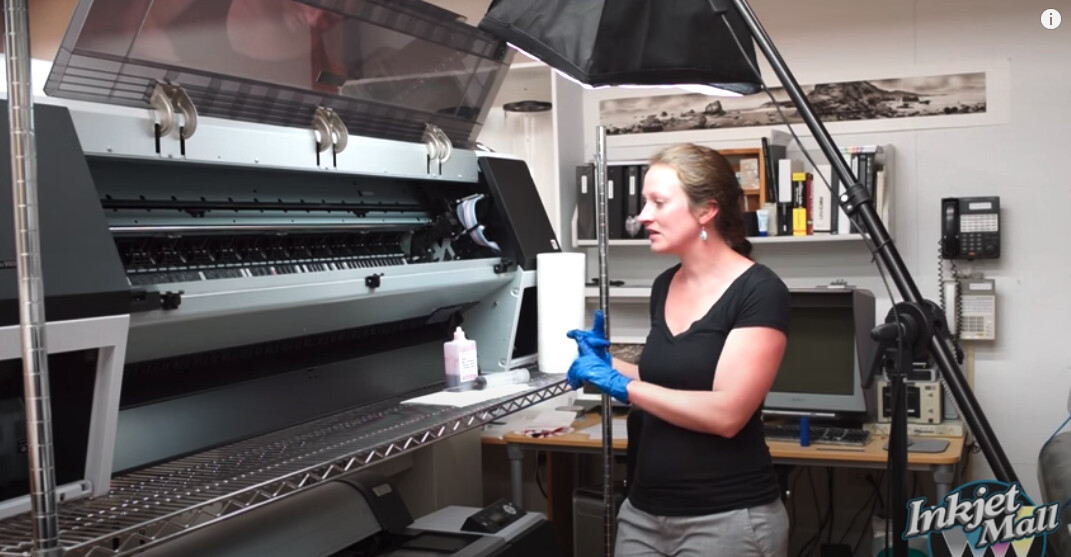 These aren’t custom sizes. They can be purchased at Costco et al.