Mods please reassign this if you can. I’m not able to post in the proper forum.

I’ll try to sum this up as quickly as I can. I have an R3000 that sat for several months. I went to use it and got lines across the image. I then did a head cleaning and then nothing was coming out of the PK/MK channel.

See before and after below. 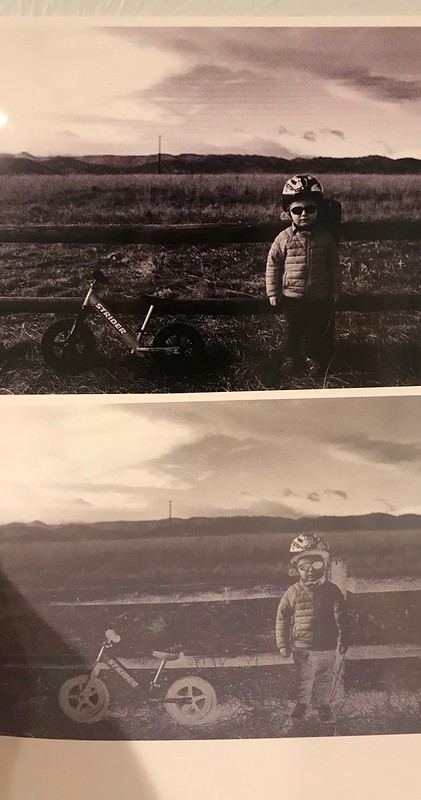 I cleaned under the head using the paper towel method. No dice.

I then bought some piezoflush and empty PK and MK carts, filled them with the flush, and installed them. Bought the nalgene bottle waste tank, installed it.

Bought the Epson tool from 2manuals, and tried to do an Ink Charge. Here’s my issue.
About 4 of my other ink carts don’t have enough Ink to do the Charge. I’m worried about buying more stuff without knowing this is even going to work.

Since it’s the Pk/MK channel, which i believe is shared, i tried to switch ink a few times to see if that would fill/clear the lines. Watching the waste tank during the ink change, i see nothing entering the tank.

I also tried to flush the Mk/PK channel using Qualtone RIP in calibration mode printing the black channel only. Oddly enough, i get some yellow lines for some of the page, then not much else.

I’m open to any and all ideas.

About 4 of my other ink carts don’t have enough Ink to do the Charge. I’m worried about buying more stuff without knowing this is even going to work.

So, basically you got 80% of the way there to start an initial fill but you simply need a set of chips in order to actually do that. I recommend getting a set of backup chips anyway. Chips for the Epson R3000 Printer

Does an initial ink charge just flush the line in 1 direction? if there’s a clog does it do push and pull on the line, which i’m guessing is needed to remove the clog?

It vacuums ink. But if the head is 100% clogged this won’t work very well.

Does the P600 take the same cartridge size? I’d be willing to buy more stuff if i can use them again on another printer if this all fails.

Yes. But if you are using the 30mL carts I recommend upgrading to the 60mL carts which are much much safer on the P600 because they will not empty if you forget to top the cart off when the chip resets.

ok, so i took the print head out and flushed the 8 nozzles real good with the cleaner. one of the black ones was definitely stuck and took some push/pull to get the piezoflush going through.

with the whole thing flushed out and dried, i put it all back together.

now 3 channels are out, including the original pk/mk black. I’m guessing there’s air stuck in there now? i’m not sure…

i think i may try again, but this time flush some ink through the nozzles before putting it back together.

anyone know which nozzle here is which, for this plan? i dont want to inject the wrong ink. 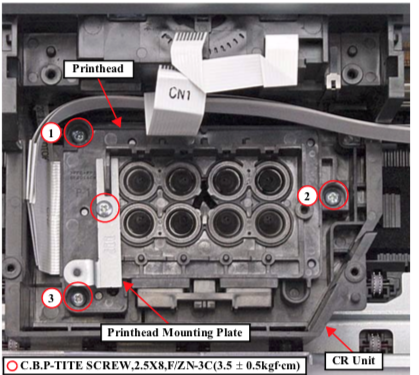 Thanks for the reply.

So vacuum as in 1-direction? Using Quadtone RIP and printing a whole page of black would do the same, no? because that just gave me some yellow (?) lines.

I have OEM carts, not sure if those chips will work. I’m also hesitant to put another $80+shipping into this. The head is pretty darned clogged.

I’ve also heard that there could be something with the PK/MK switcher mechanism? Any thoughts on that?