Broken piece of something in 3880

So a couple days ago I decided it was time to do some routine cleaning on my 3 month old refurbed 3880 running K7 Carbon. Cleaning the wiper and capping station - that sort of thing. After moving the head carriage all the way to the left and getting to work with a PiezoFlush dipped swab, I notice a piece at the far left with a tiny drop of ink on it. When I touch it with the swab it moves. Soon I realize it is loose and not attached to anything. I remove it and see that it has obviously broken off of something, but I don’t see anything that looks broken. The broken piece is plastic with a metal leaf attached that looks like it might be a contact or part of a switch. I have the service manual which I looked through in search of some clue as to what this piece may have broken off of, but found nothing. The printer has not produced any error messages, and seems to be working fine too. I have a second 3880 (running OEM inks) and have been comparing the two printers to try to find something different that might help identify this broken piece, but no luck there either. It was found at the extreme right end of the track on which the head travels, to the right of where the head parks. This was the first time I had moved the head to look in that area. Since this printer was a refurb, I’m wondering now if the broken piece could have been there when I got it. Does anyone recognize it? It looks like it must have taken a fair amount of force to break it.
Thanks,
Keith 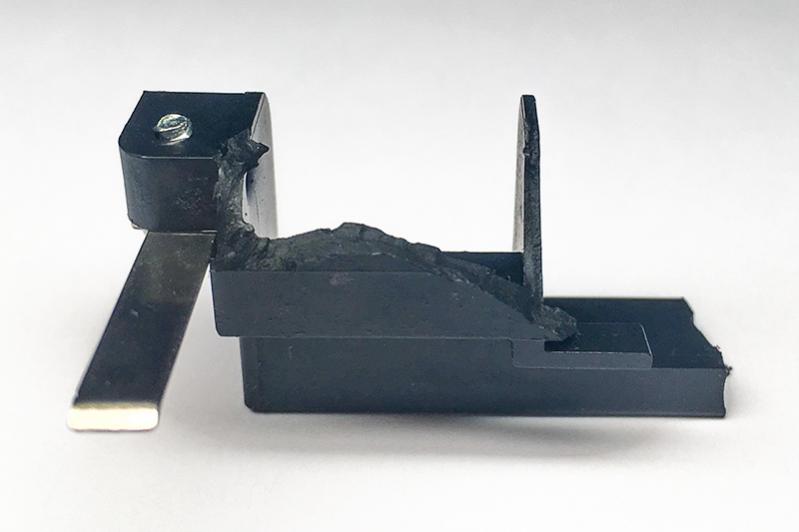