I recently set up a 3880 with a set of unused IJM carts that I purchased a while back. I just pulled them to refill and discovered that the LM cart appears to be leaking. Without pulling the label, it’s hard to see what’s going on. Ink is collecting at the bottom of the cart 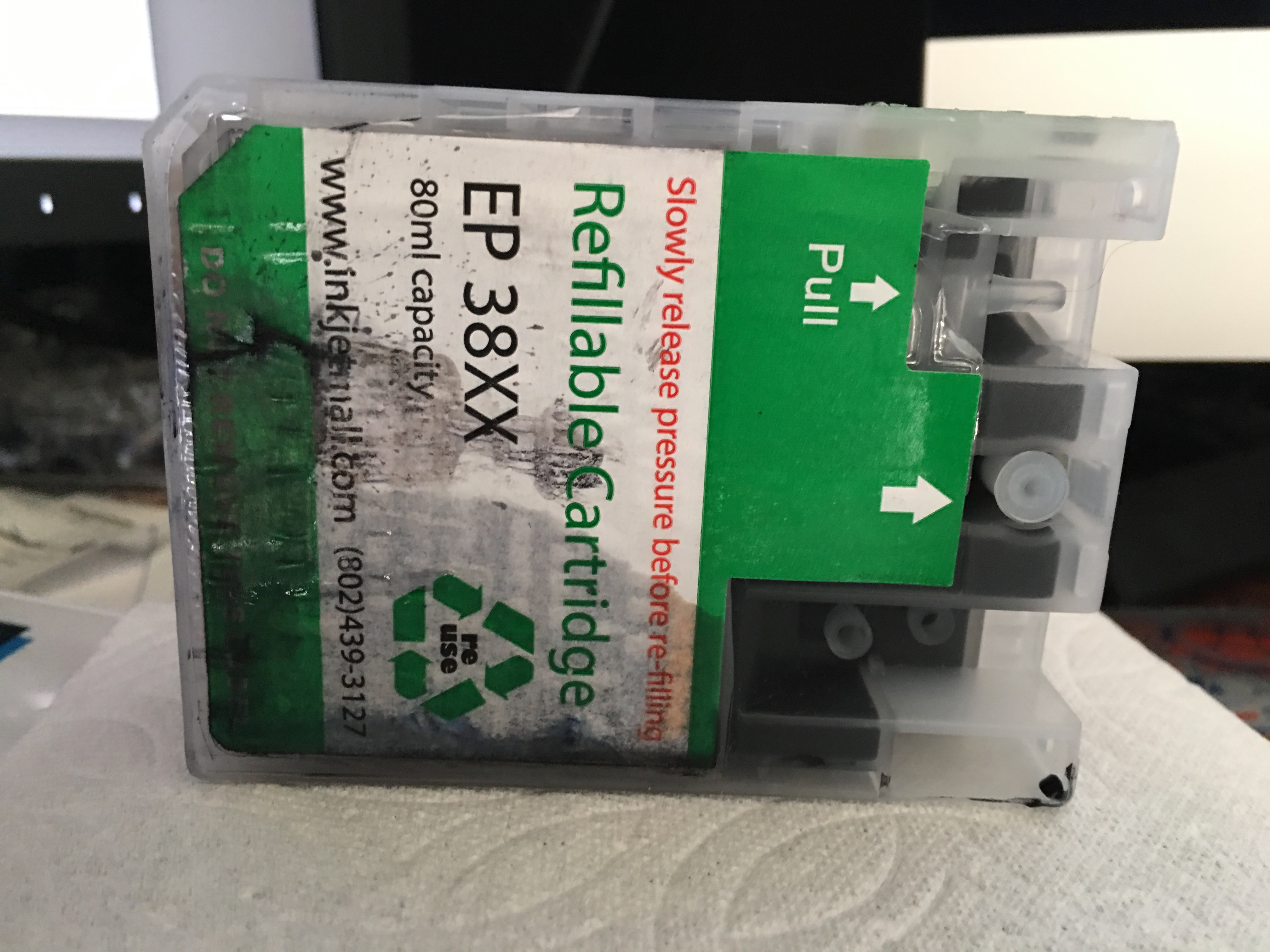 There is a large and obvious gash on the top left area of the cartridge (just to the left of “inkjetmall.com”). Looks like it hit something either going into the printer or got dropped . . .

Just so we understand each other, I bought these carts a few years back. They have sat unused since. I recently got them out to set up a 3880 for P2. There was no sign of damage on the box. I filled the carts and loaded them into the printer.

When I pulled them to top up the ink, I noticed the ink leaking. I used a spare cart to get myself going again, and thought that you may be interested in hearing what I had experienced. I did not expect a ‘you’ve obviously destroyed it yourself response’. I find it more than a little disappointing that your response is to blame me. I would really like to know how you came to that conclusion.

I debated whether I would bother responding but I don’t like the implication that I am automatically at fault hanging in the air.

I don’t know what’s going on.My response to you from last night just showed up after I posted another response. Anyway, having been accused of destroying my cartridge for some unknown reason, I took the cover off and there dos appears to be a small hole or something in it. If that’s what’s causing the leak, it looks like it would have to have been done by something sharp. 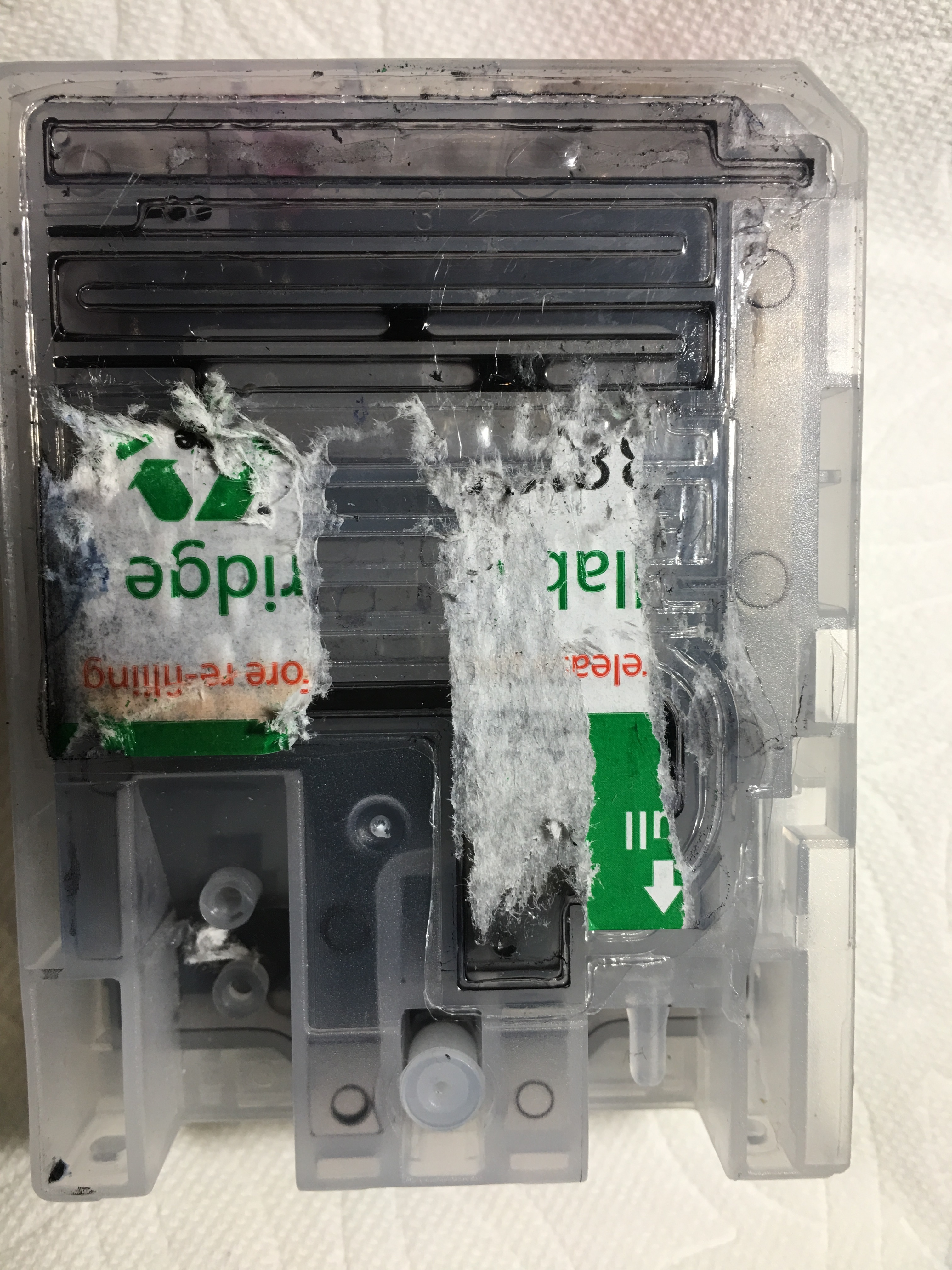 Did not mean to accuse!! Just observe. This was just my observations of the side of the cart in response to your

Without pulling the label, it’s hard to see what’s going on.

I’ve seen this before on cartridges so that is why I noticed it.